Boy, 9, writes heartbreaking letter to Santa asking for ‘food and clothes for his family’ – and gets incredible response – The Sun 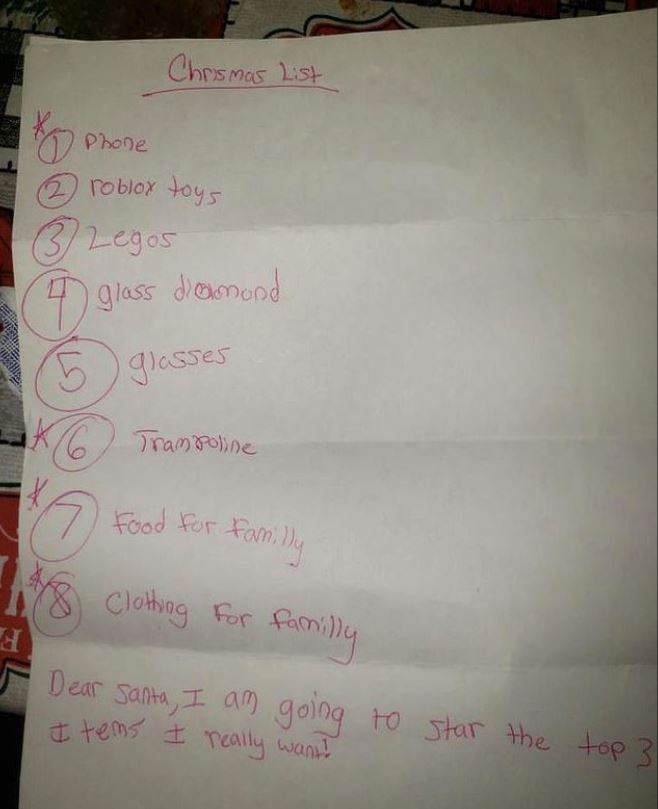 A NINE-year-old boy wrote a heartbreaking letter to Santa asking for “food and clothes for his family” – and received an incredible response.

Postal worker Melissa Stinsman, who voluntarily replies to children’s notes to the North Pole, cried when she opened the boy’s letter. 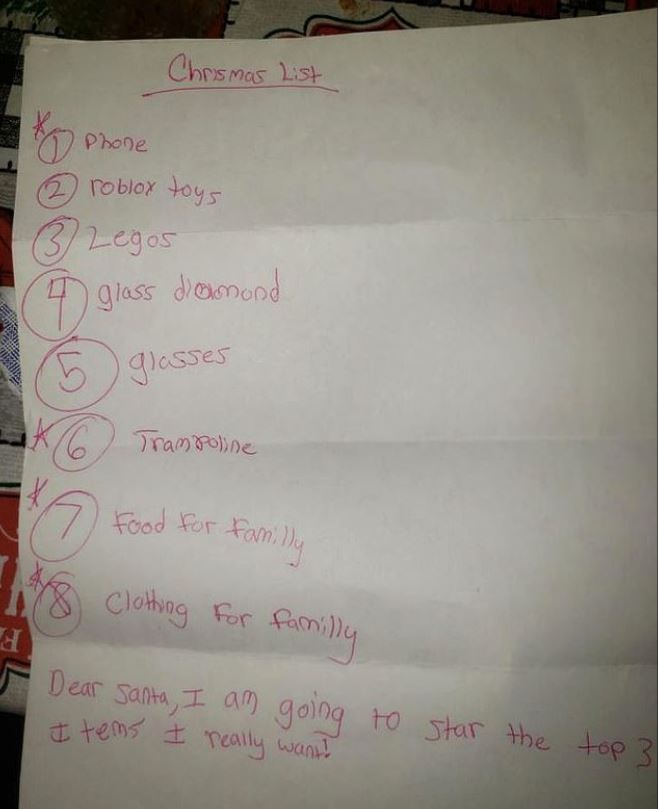 At first glance, the list of requests looked fairly typical – with the child asking Santa for a phone, Lego, Roblox toys and a trampoline.

But then Melissa, who works at the Bloomsburg Post Office in Pennsylvania, noticed the boy had starred several items, including food and clothing for his family.

Underneath the list, he wrote: “Dear Santa, I am going to star the top three items I really want.”

In a separate letter, the nine-year-old said: “Dear Santa, last year you didn’t notice me, so I hope this year you notice me, and this year I will be good. I pinkie promise…” 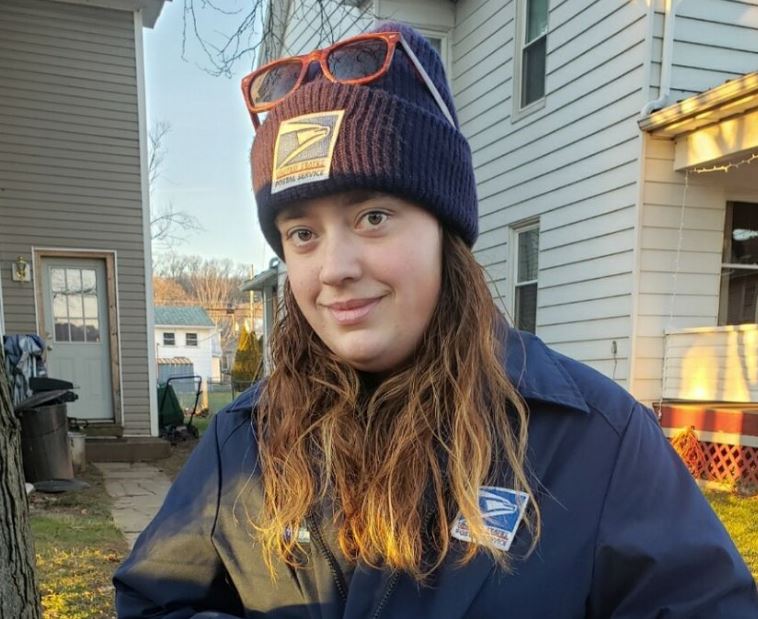 Melissa broke down in tears when she opened the letters.

“When I read the letter, I cried,” she told Yahoo Lifestyle.

She desperately wanted to help, but the letter had no return address.

Fortunately the child had signed his full name, so Melissa asked around her colleagues and a mail carrier recognized the last name from the route.

Melissa visited the family home and told the boy’s mom she had opened her son’s letters.

She recalled how she told the mom: “I’d like to help you guys this year”.

In shock, the mom apparently responded, asking: “Is this real?”

Melissa started a money pool which has so far raised $500.

Members of the community have also donated gift cards, toys and clothing.

Some also dropped off food at the post office.

Melissa praised the community for their support, saying: “It’s doable if everyone comes together.”