Ferne McCann reveals she will never go back to TOWIE 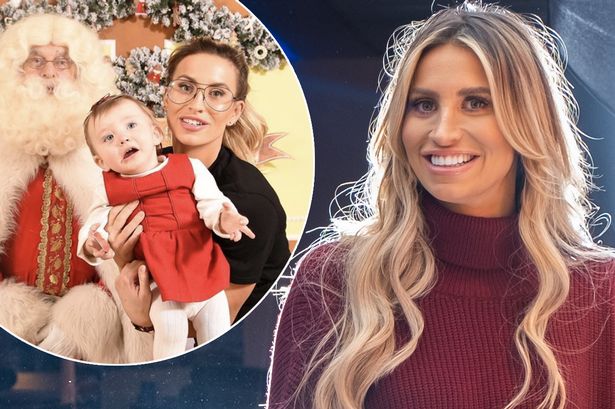 Ferne McCann has this week admitted she has no plans to return to TOWIE and says it’s because her close friends aren’t on there anymore.

During an interview with new! magazine , the reality star, who has her own ITVBE show First Time Mum, admitted she won’t be following Gemma Collins’ suit and returning to the show which made her famous.

“That chapter of my life has closed and I don’t know anyone on the show anymore,” she said.

“There’s no Billie and Sam Faiers, Danielle (Armstrong) or Jess Wright who I can have a chat with.

“It’s not my real life anymore.”

Ferne made her debut on the show back in 2013 and joined with her at the time boyfriend Charlie Sims.

She made her departure from TOWIE in 2016 after making it to third place on the 2015 series of I’m A Celebrity Get Me Out Of Here.

These days the Essex girl documents the ups and downs of being a single mum to two-year-old daughter Sunday on her own show and has recently given fans an insight into her love life.

The 29-year-old has only just started dipping her toe into the dating pond since she split from Sunday’s father Arthur Collins when he was found guilty of a vile acid attack in 2017.

Looking forward to the future Ferne, who’s been using celeb dating app Raya, admitted to the magazine: “I want to meet the man of my dreams – I don’t know if I’ve met him yet.”

Ferne previously confessed she’s got a mystery man, who she’s chosen to keep out of the public eye.

She revealed in October, “There’s someone who I really like I just want him to say, “Will you be my girlfriend?”

On whether she believes in finding The One, she admitted, “Yes, I do. I’m such a true romantic and I love love. But sometimes I think, “Are we supposed to be with that partner for the rest of our lives?”

‘I don’t know. Life challenges can throw you off…”

We’ll hold back on buying our wedding hats just yet then, Ferne!

Read the full interview in this week's New Magazine, out now

Email ThisBlogThis!Share to TwitterShare to FacebookShare to Pinterest
Labels: Ferne, McCann, reveals, she, will