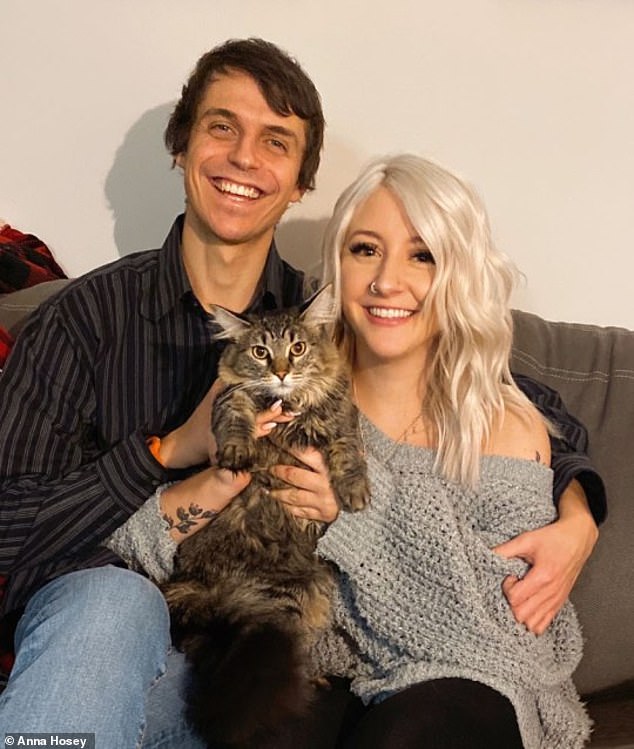 A man who received a compliment from a woman living 4,000 miles away, traveled to meet her after they bonded over their shared love of cats.

Adam Lawrence, 28, from London, who connected with Anna Hosey, 25, from Chicago, Illinois, on the Facebook group This Cat Is Chonky, revealed they are now ‘somewhere between dating and a relationship’.

The group is a place for people to share pictures of their chubby or extra fluffy cats, and graphic design graduate Adam got talking to Anna she liked a picture of his pet on the group.

Speaking to Metro.co.uk, Anna said: ‘I had just recently joined the group and immediately noticed Adam, so I made a comment in regards to how cute him and the cat both were.

The pair are currently figuring out their relationship status because it’s all ‘fresh and new’, but Anna is planning to visit Adam in London in February. 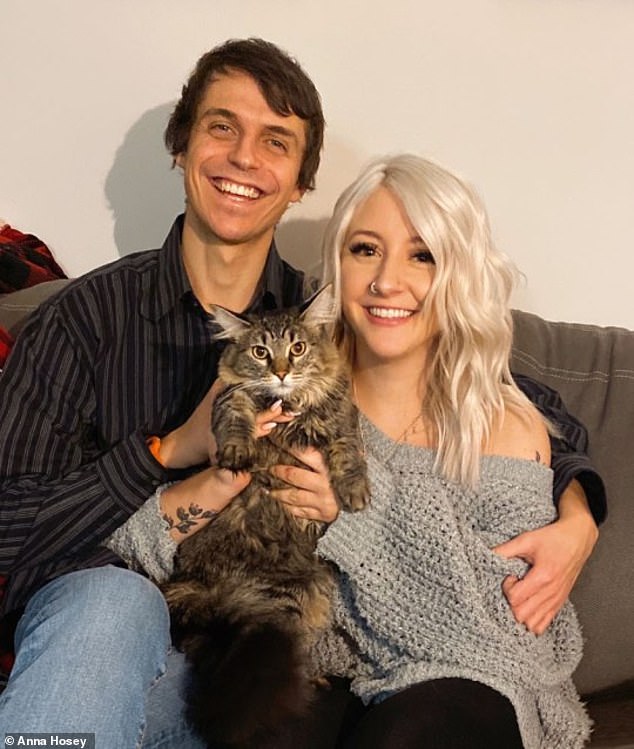 Adam Lawrence, 28, (pictured left) from London, traveled 4,000 miles to connect with Anna Hosey, 25, and her cat, Kidden, (pictured) after they began speaking on Facebook 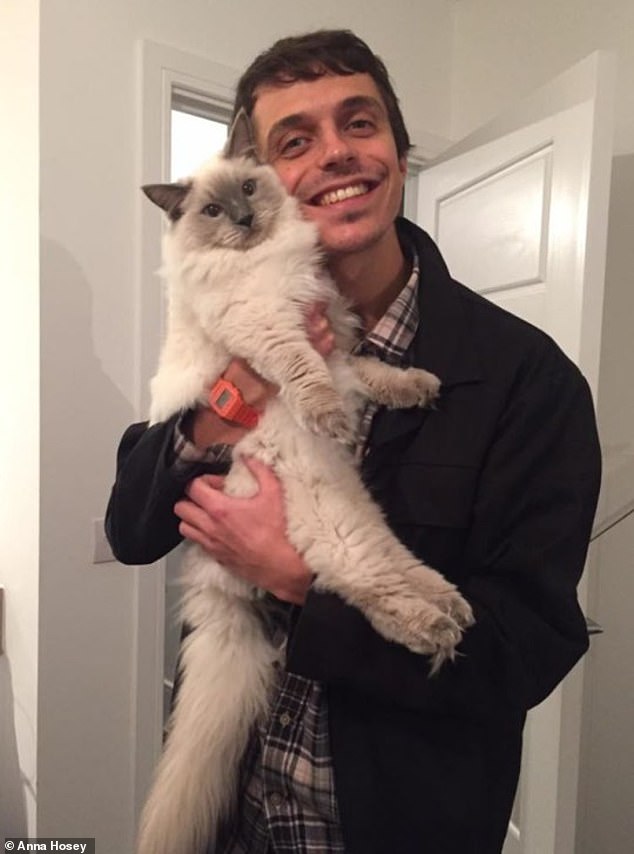 After seeing Anna’s comment, Adam sent her a private message and they quickly hit it off, discovering they have a lot in common, including similar taste in music.

The pair who spent months speaking on video calls and on the phone almost every day, decided to meet after both admitted to feeling a spark.

They were both curious to see if things would feel as romantic in person as they seemed on the phone.

Adam traveled 4,000 miles from London to the US to meet hairstylist Anna, and her moggy, Kidden. 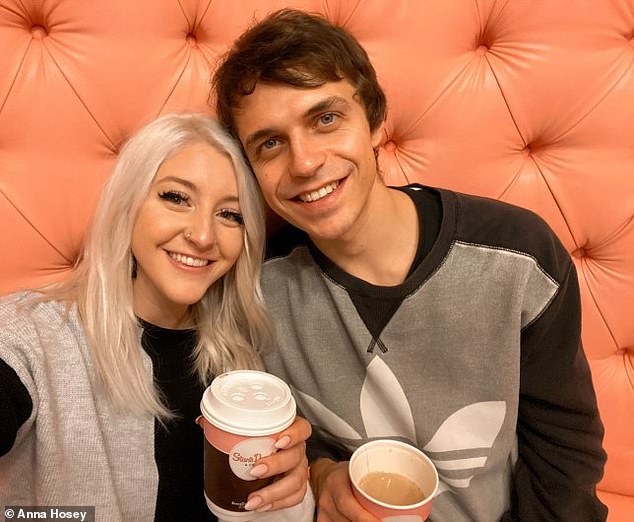 The pair immediately ‘took a shine to each other’ and according to Anna there was no awkwardness.

She continued: ‘Kidden normally doesn’t immediately interact with others, but this time it was not the case.

‘Those two together has been a lovely sight to see!’

The 25-year-old admits that she didn’t think that she would meet ‘a cute boy’ from joining a discussion on the Facebook group.

A stream of members in the niche forum have gushed over their story and confessed they have hopes of having the same experience. 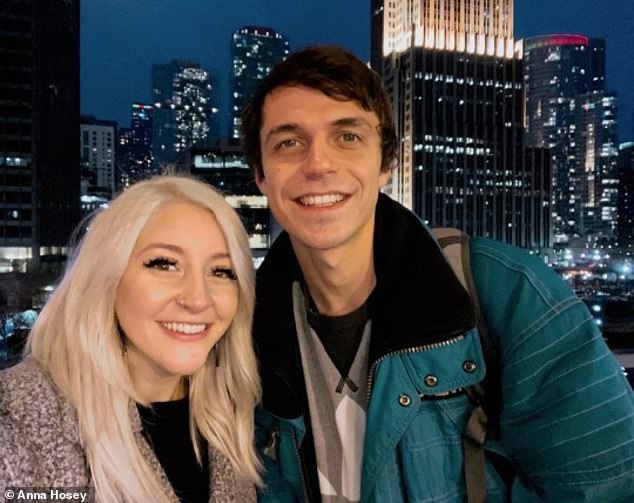 Anna and Adam’s (pictured) story have inspired other members of the cat loving Facebook group, as many said they hope to have the same experience