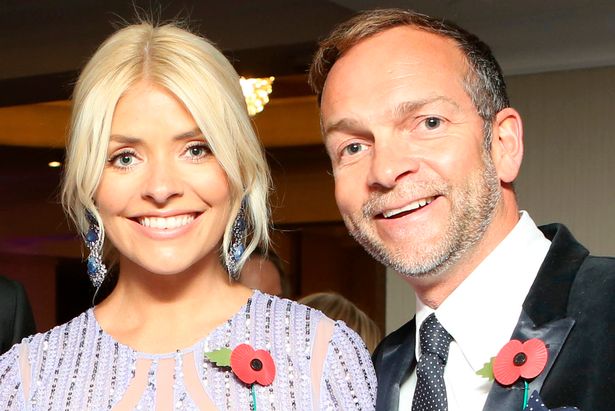 Holly Willoughby has revealed details about the moment she first met her future husband Dan Baldwin, and when she realised he was the one.

But it wasn't love at first site, with the This Morning host confessing she thought he was "a little bit" of a "d**khead".

TV producer Dan took over on one of the children's TV shows Holly was presenting on, Saturday Showdown.

She immediately believed they wouldn't get along and that he was "too cool for school".

It all worked out in the end, with the pair going on to tie the knot and share three children.

But at the very start, Holly wasn't so sure.

Speaking to Keith Lemon on his series Shopping With Keith Lemon, the Christmas special, Holly revealed it took a while for them to become "really good friends".

She explained: "Dan was there as a new producer and I thought, 'oh my God, I'm gonna hate this guy'."

Keith asked if she fancied him, with Holly admitting: "No, not at all and he'd come from MTV and he was very cool for school.

"He looked at me like I was this wally of a person."

She went on: "I thought, 'Oh my God he hates me, he just thinks he's really cool."

The pair laughed the moment off, with Holly adding: "Then we became really good friends.

"We were in the bar and we cheers-ed in regards to champagne and I looked at him and it was like, 'Oh my God, I fancy him'."

She added: "In that second I just knew, it was like a little sparkle."