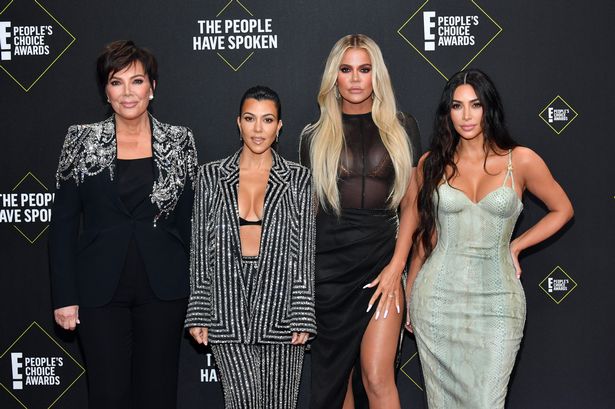 Kim Kardashian has admitted that she Photoshopped her six year old daughter, North, into her Christmas card after being mocked by fans.

The 39 year old shared her family's card for the festive celebration on Friday night, with the image seeing her sit alongside her husband, Kanye West, and their four children.

But fans soon noticed something odd about the photo, with it seeming that North had been superimposed next to her siblings Saint, four, Chicago, one, and Psalm, seven months.

She has now taken to The Ellen DeGeneres Show to admit that North had to be added to the shot at a later date after refusing to pose alongside her famous family.

Kim also revealed why she and her family have released their own Christmas card for the first time, omitting her sisters and their children.

She spilled: "It was a time thing and it was hard to wrangle everyone together so I said I'll just do my own family.

"It was so much anxiety with the four kids, North was having a day and I said, 'Fine, we'll do it without you,' but then she said she just wanted to shoot with me.

"So I said, 'Fine, we'll just Photoshop her in'. So that's not actually her in the picture. The anxiety I went through to get that picture. There's always one."

While many fans gushed over the cuteness of the family's Christmas card, others couldn't help but notice the difference in lighting on North compared to her other family members.

One person commented on the Twitter post: "Y'all really need to get a better editor. The photoshopping is always a mess."

Another said: "Why [do] all the kids look like stickers?," as a third said: "Who photoshopped North in? The lighting looks … different."

To which, a fan responded: "I was looking for this comment, this [definitely] looks photoshopped."

Kim has also been trolled over her decorations this festive season, after many compared her Christmas trees to 'tampons'.

Earlier this month, Kim took to Instagram to show off her Christmas decorations to her 154 million followers, saying: "I wanna share with you guys my trees. They're so pretty.

A second agreed, saying: "Am I the only one who thinks Kim Kardashian’s Christmas decor looks like a bunch of tampons like kinda s**t is that that ain’t Christmas decor". [sic]

Another person couldn't help but express their bewilderment, saying: "I am actually so confused at Kim Kardashian’s Christmas trees or decorations or whatever the f**k they are JUST STICK A TREE WITH LIGHTS AND TINSEL UP AND BE DONE WITH IT." [sic]

And a fourth cruelly added: "Kim Kardashian’s house is so boring. Even her Christmas decor is boring af." [sic]