A LEADING Remain backer is being probed by the RSPCA after boasting about bludgeoning a fox to death – while wearing his wife’s kimono. 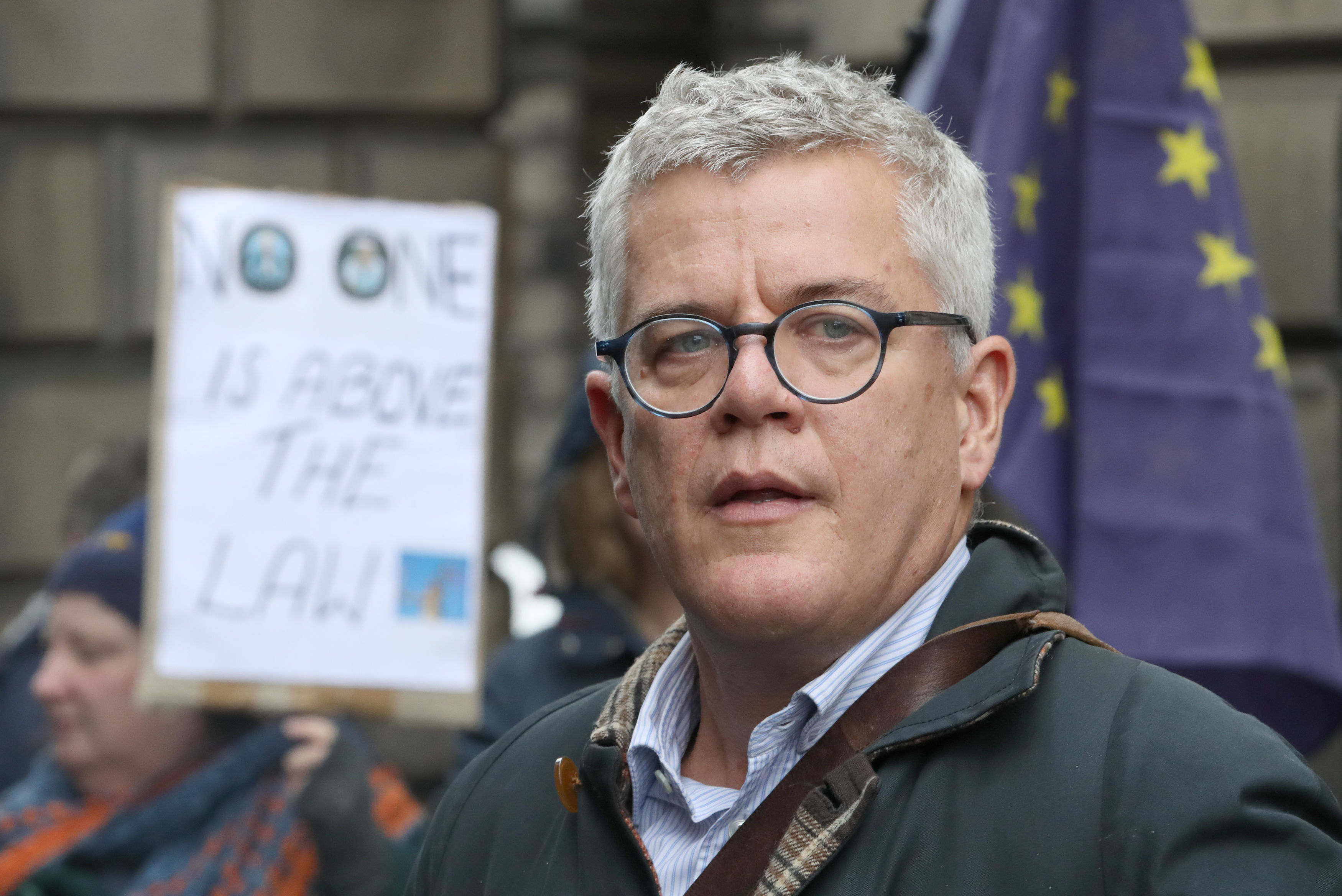 The London-based lawyer claimed the fox had "got caught up in the protective netting" around his chickens' house, and he "wasn't sure what else to do.

His brutal response to the hungry fox provoked a furore on Twitter, with one person replying: "So you clubbed to death a defenceless animal that was already trapped and could no longer have caused harm to your chickens.

"Foxes are also a protected species which means this was an illegal killing.

"You then felt the need to post it on social media – very strange."

When one woman suggested that he should have "sent for the RSPCA to untangle and release it", he replied, "I didn't especially enjoy killing it.

"But I imagine that's what the RSPCA would have done, if they had anyone to call in Central London on Boxing Day."

But after receiving a barrage of scathing comments, Mr Maugham later apologised, saying "sorry to those upset by my tweet.

"My chickens were very distressed by the fox – both before and after I'd despatched [sic] it – and I wanted it out of the way quickly." 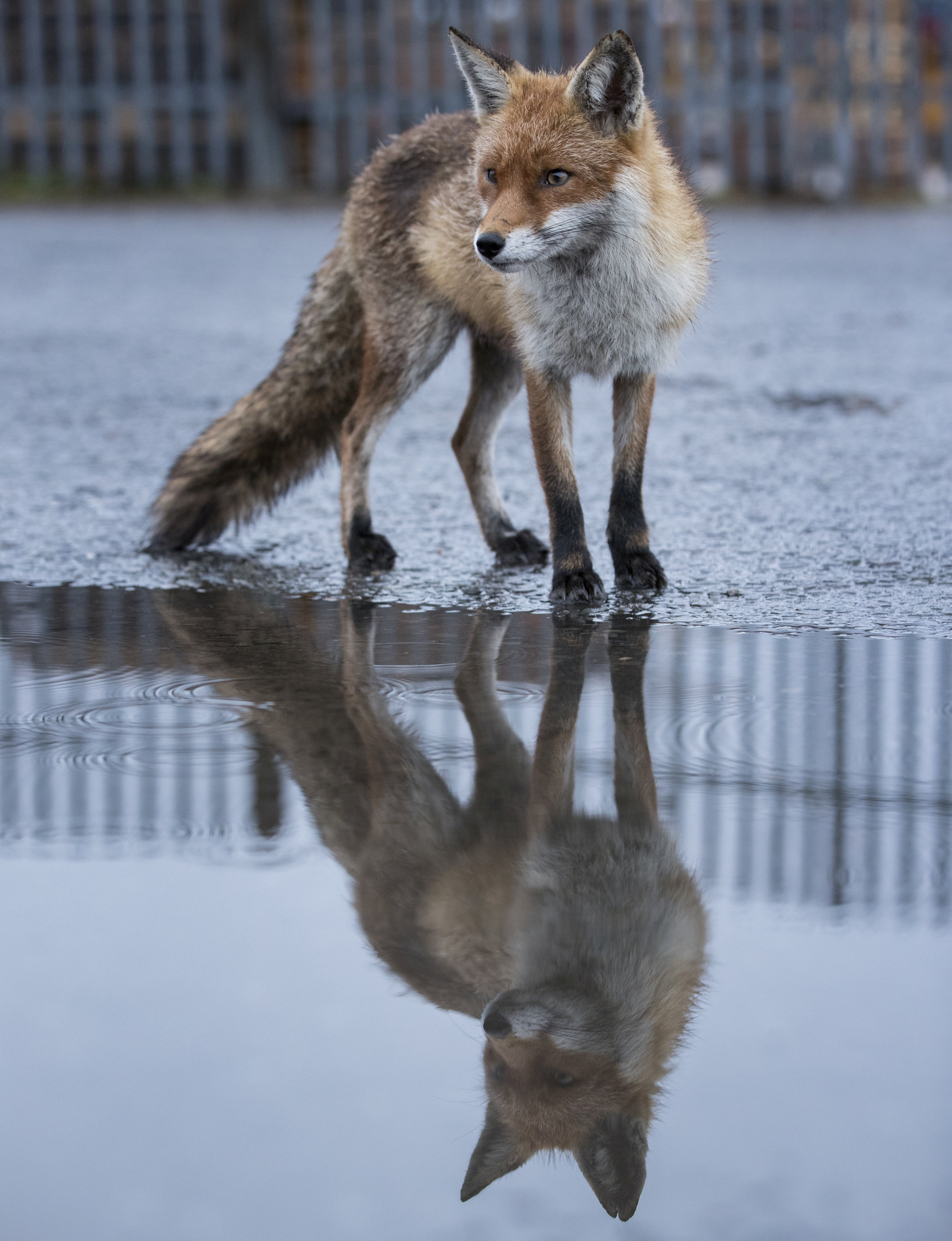 Fiona Bingham replied: "I keep chickens too, but I definitely wouldn't bludgeon any animal to death."

He was told by another outraged person on Twitter: "Surely if you have chickens in London, you know the foxes are going to come.

"Shouldn't you have to make sure both are protected in your garden so that you don't have to go out and club it with a baseball bat?"

And one person pointed out: "A fox trapped in netting is unlikely to kill chickens.

"If it was trapped enough to still be there while Jolyon Maugham went to fetch the baseball bat, came back and then killed it then it was presumable too stuck to do anything much."

Mr Maugham replied on Twitter that "many or most councils in London treat foxes as an urban pest.

"To those concerned I have broken the law, I called and spoke to the RSPCA and left my contact details."

An RSPCA spokeswoman said: "We've been made aware of this and are looking into it."

Government guidelines state that if a fox is caught in a trap or snare on a person's property, they must "humanely kill any fox you catch while it's in the trap or snare".

Gassing or poisoning foxes is prohibited.

Back in 2017, the pro-EU campaigner and three politicians lodged papers in Dublin aimed at preventing the UK from leaving the bloc, after the triggering of Article 50.

His Good Law Project resulted in the mounting of several legal challenges to Brexit. 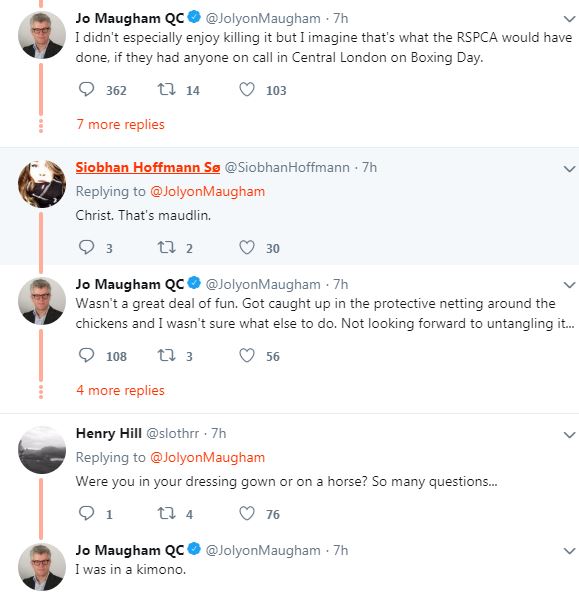