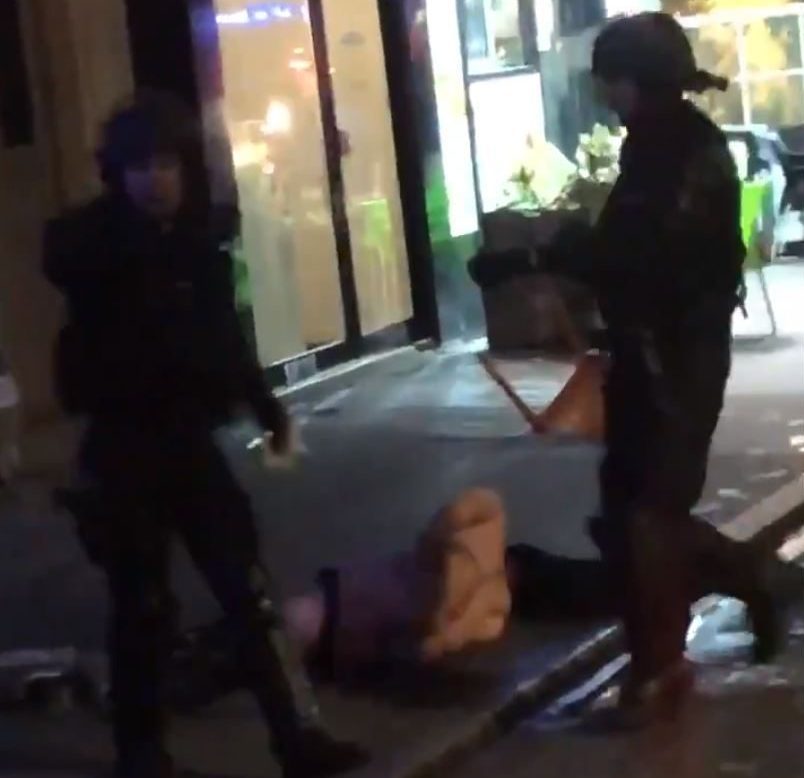 A PARIS SAINT-GERMAIN fan was stripped naked and beaten in the street during violent clashes with Galatasaray thugs in Paris ahead of their Champions League tie.

The French supporter is claimed to have burned the Turkish flag, sparking a furious backlash by travelling fans in Paris on Wednesday night. 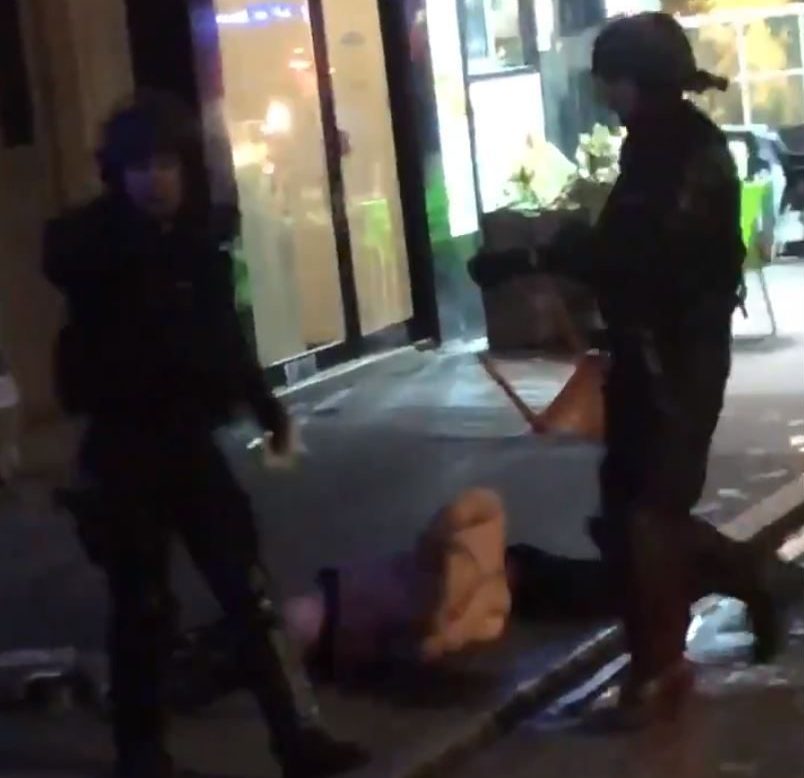 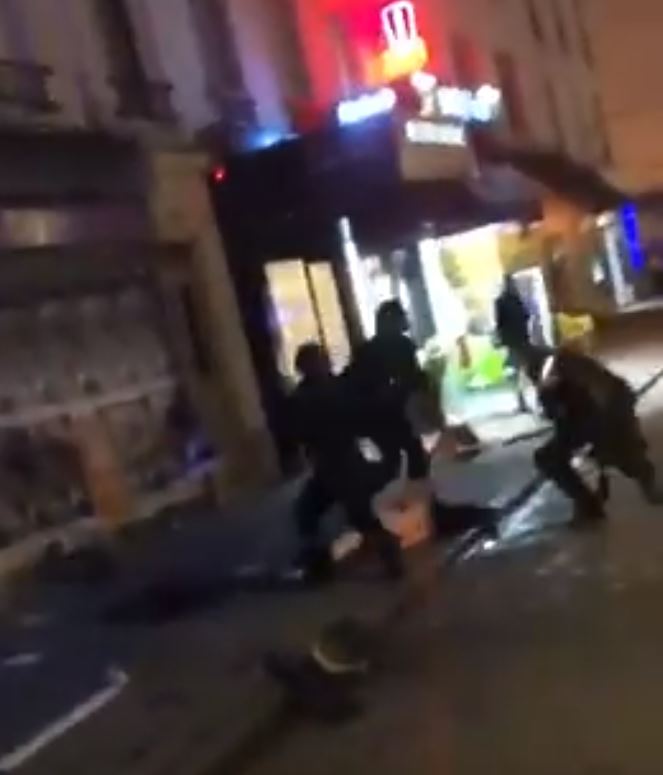 Reports in France claim over 100 fans were involved in the brawl – with police forced to use teargas to disperse the masses.

Onlookers recorded the outrageous scenes in the French capital, with videos showing chairs being used as weapons.

In one clip, what seems to be a flare is thrown into the melee, landing in a busy square swarming with people.

Others show a group of fans, dressed head-to-toe in black, charging down the street holding chairs.

But arguably the most disturbing is a video showing a fan, bloodied and bruised, slumped naked on the floor, reportedly having been beaten and forced to undress.

Local reports claim it was a retaliation from Galatasaray supporters, after he set fire to the Turkish flag. 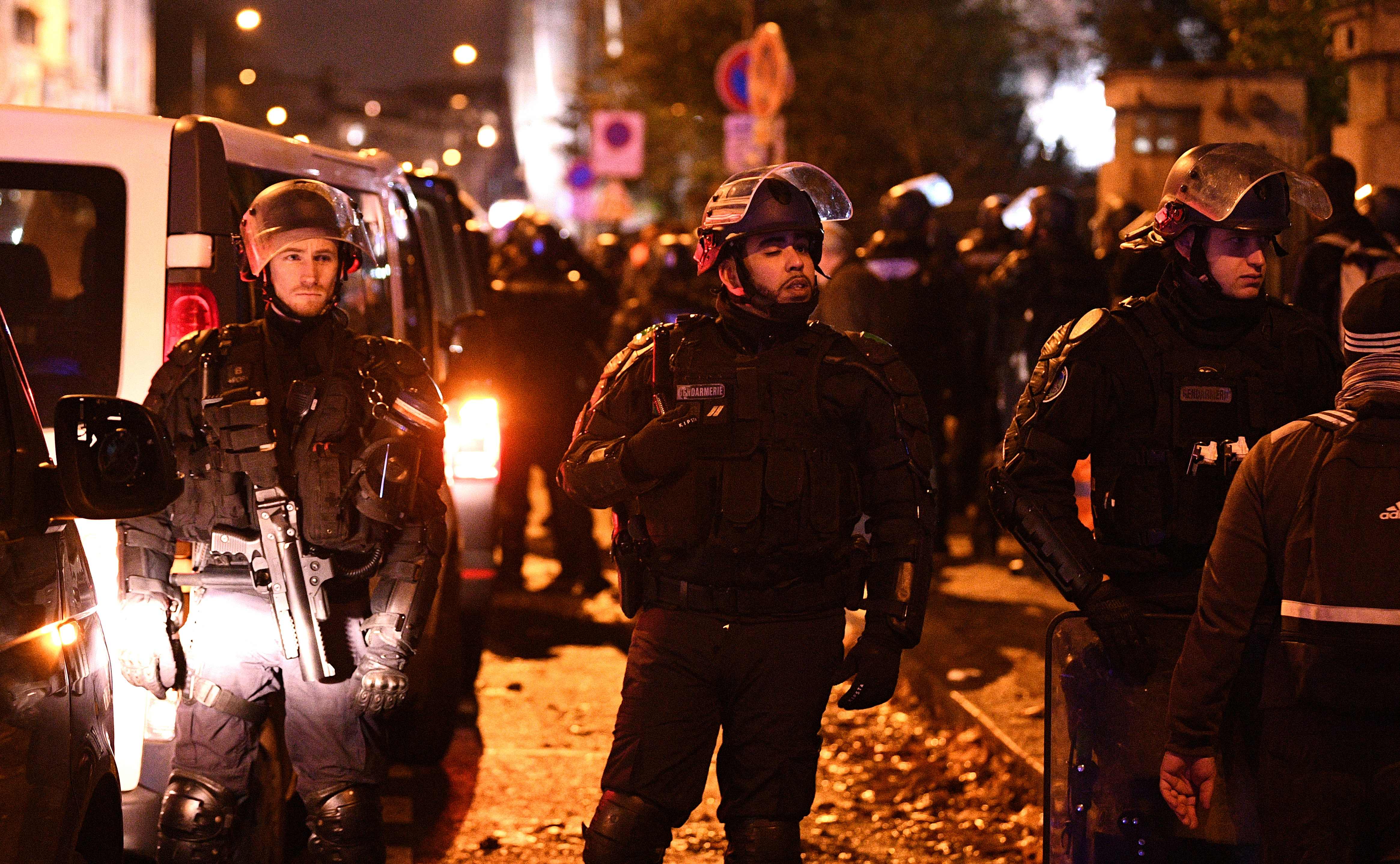 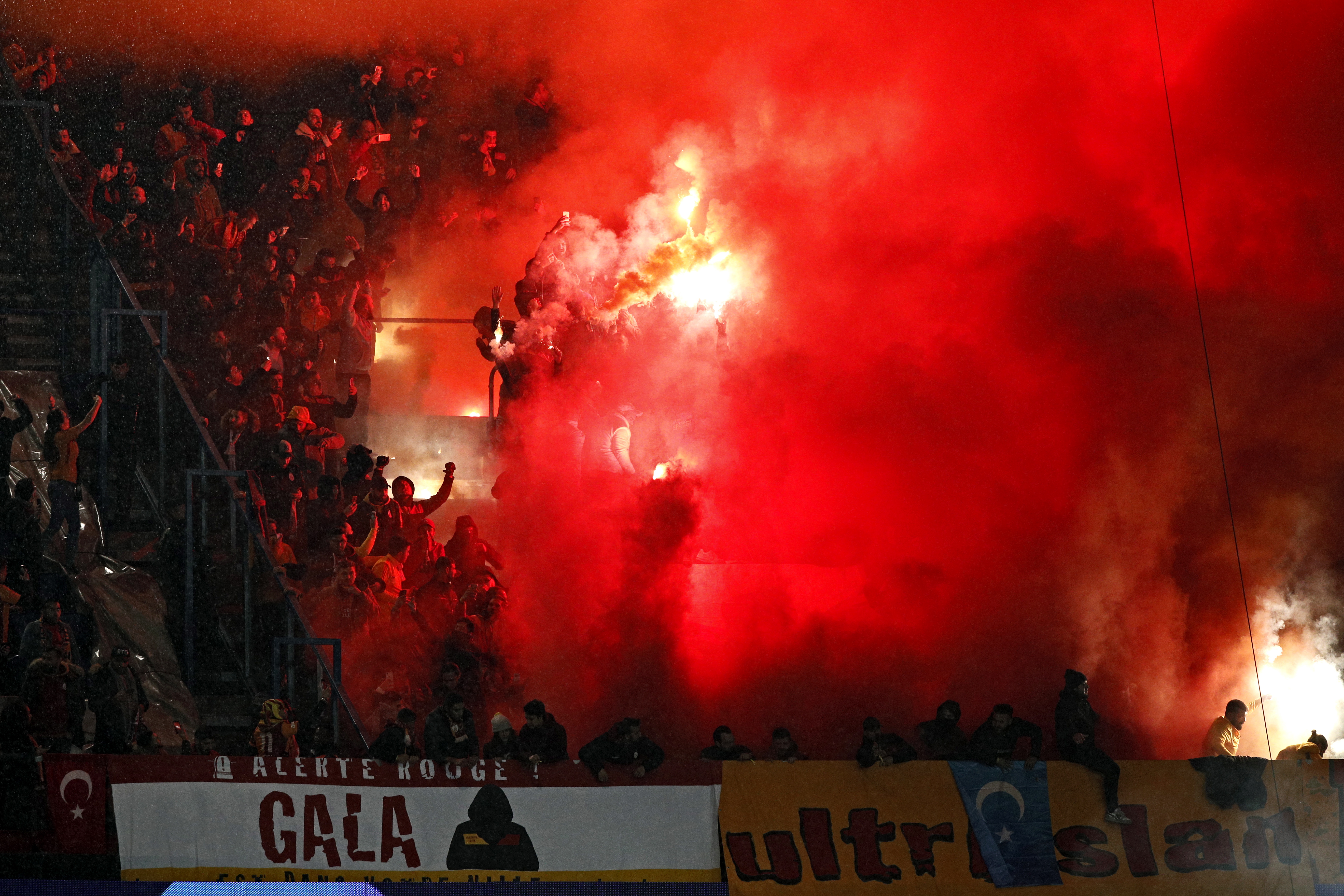 PSG had already qualified for the last-16 of the Champions League going into the game.

But Galatasaray, who went into the game bottom of the group, were fighting to finish third and earn a Europa League spot.