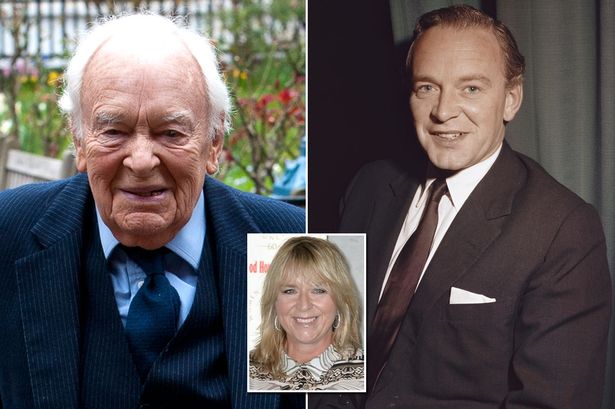 The sad news was confirmed by his daughter Fern Britton via Twitter.

"Great actor, director and charmer. May flights of angels sing thee to thy rest."

Tony was best known for his role in sitcom Don't Wait Up alongside Nigel Havers and Dinah Sheridan.

While it was Don't Wait Up that made Tony a household name, he also starred in Operation Amsterdam, Sunday Bloody Sunday and The Day of the Jackal.

Tributes quickly flooded in from fans.

One supporter wrote: "So sorry to read this sad news.

"You will have so many lovely memories and know that he brought much joy to millions to comfort you. Be kind to yourself. With love and prayers."

Meanwhile, The Kumars actor Sanjeev Bhaskar tweeted: "Profound condolences Fern and gratitude for the joy and entertainment your Dad brought to me and millions of others. Sending love and strength."

The proud dad previously opened up about how Fern initially shunned working in the world of TV.

Tony said: "Fern one day presented me with a form and said, 'Dada, sign that,' and it was the form for the Central School of Drama in London.

"And I saw she had put in, not for acting, but for stage management. And I said, 'What? Why? What? Why don't you want to do the acting?'

"There you are – you're beautiful, you're brilliant, you've got a beautiful personality, you're intelligent, you're all those lovely things! What do you mean, stage management?

"And she said, 'No dada, no acting, not for me!' So she did the stage management course – and killed it absolutely; number one in the class."

He playfully added: "Everywhere I go, people stop me in the street and they say, 'Oooh, your daughter, she's so lovely.'

"And there she is now up there, she's a number one lady in the business and it's just fantastic to see.

"I switch her on the odd morning or two now and then, to see how she's getting on."