BRITS are braced for travel chaos this weekend as the country looks set to be smashed by 80mph gales.

A dramatic weather map shows Britain at the centre of Storm Atiyah – which is the Met Office's first named storm of the season. 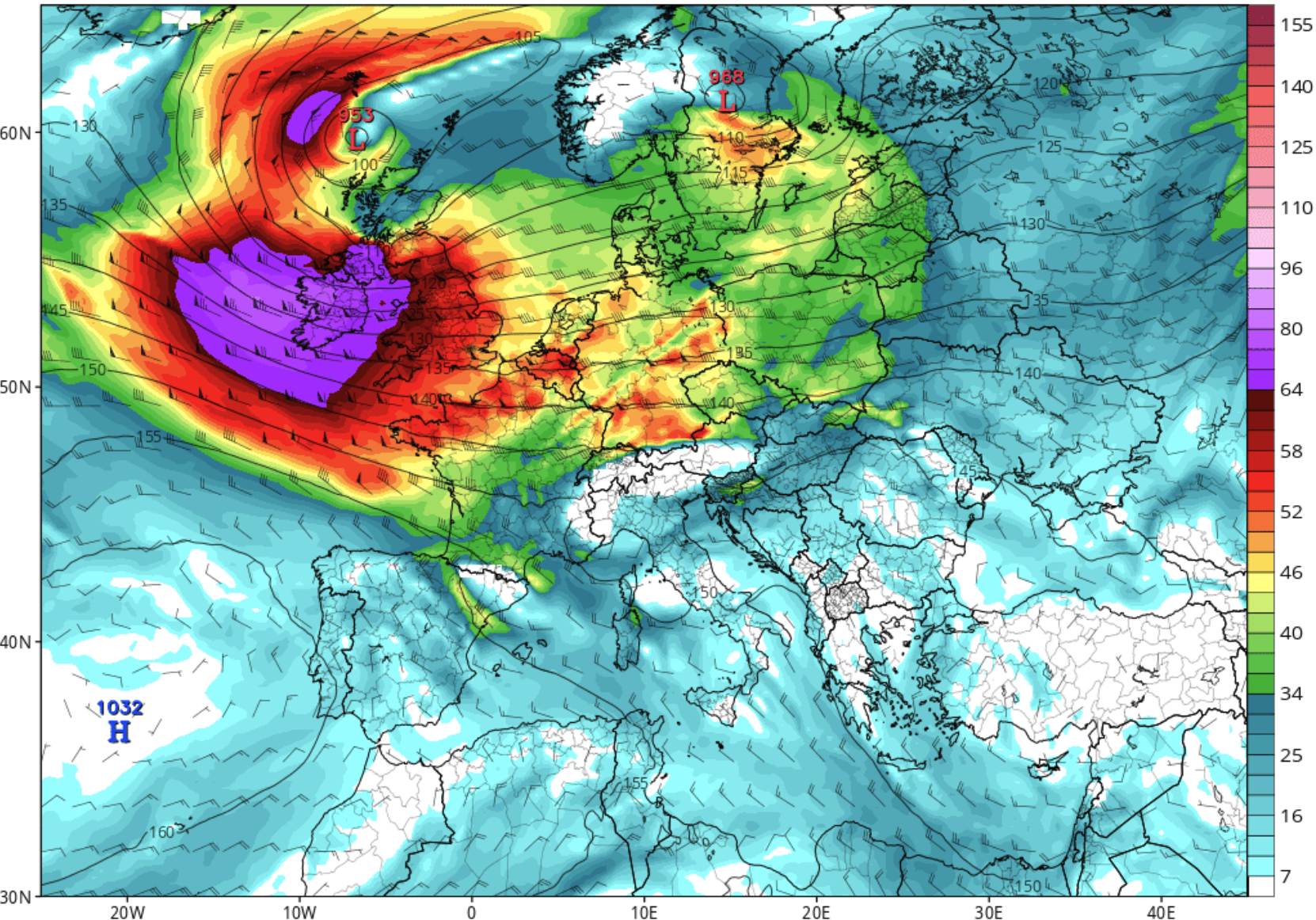 The storm will blow through the South West and South on Sunday before coming across the rest of the UK.

The Met Office has issued “severe” yellow weather warnings for wind on Sunday and Monday.

Forecasters warned delays on roads and railways are likely along with air and ferry services.

The Met Office has warned of gales up 80mph along parts of Wales, Cornwall and the North coast of Devon.

Coastal routes and seafronts could be affected by spray or large waves.

"We will see strong winds in South West England and along the South coast as far as Portsmouth and up the coast to West coast of Wales.

"There will still be a risk of gusts across the UK and those are the ones associated with the storm.

"The most exposed coastlines in Wales, Cornwall and the North coast of Devon could see gales from 70 to 80mph." 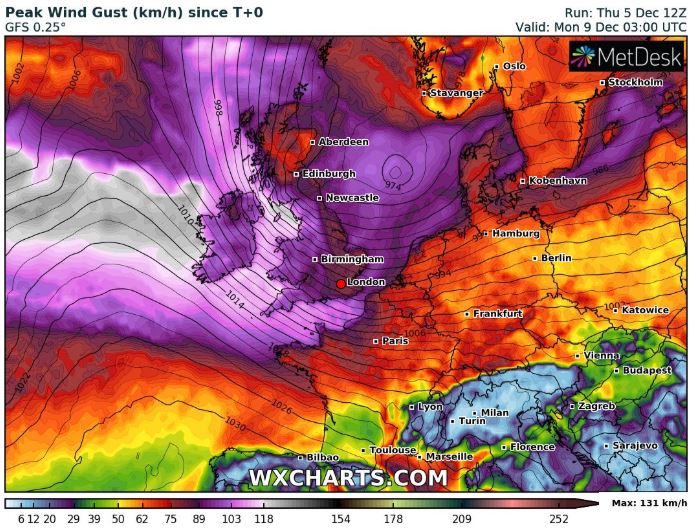 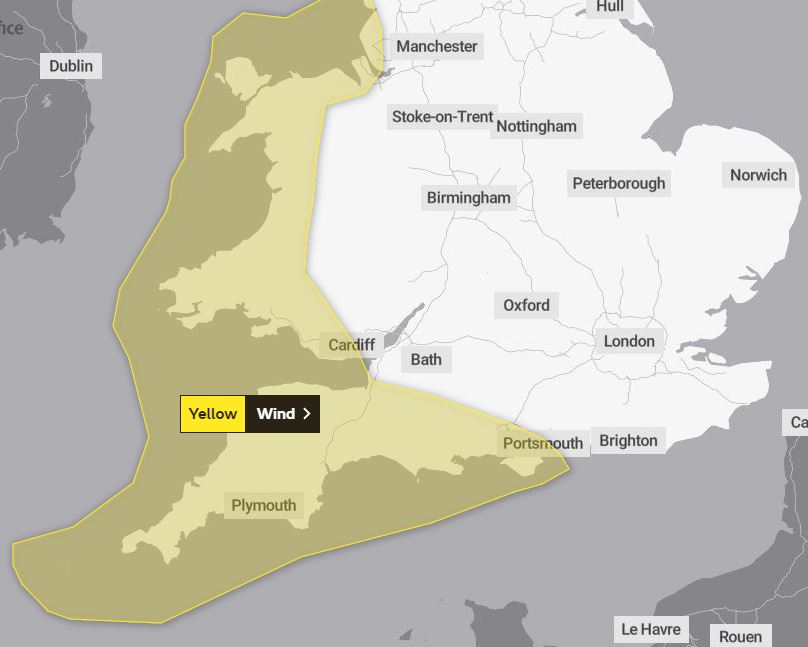 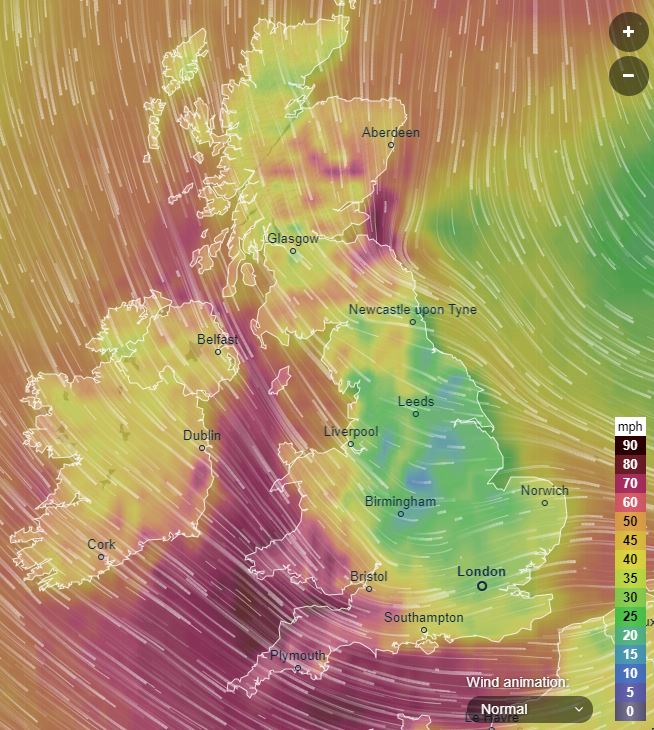 Sponsored Content: How to save £268 a year off your energy bills

BEAT energy price rises year after year with Switchcraft. It's free and it could save you an average of £268 a year.

The miserable weather starts on Saturday as it will be wet for the most of the UK.

Mr Partridge said: "On Saturday, winds will gradually pick up throughout the day and it will start to turn increasingly cloudier from the West.

"Overnight is when things will start to get windier and we will have a fairly wet and windy spell of weather.

"A band of rain will move across the UK overnight and it will be heavy in some places, but will move very quickly because of the wind.

"There will be strong winds across all parts of the UK overnight including some coastal gales.

"Throughout the day along the West coast showers will come and they will be very blistery and heavy at times and there is a risk of a little hale and thunder."

By Monday the winds will move to the East coast as Mr Partridge warns of localised flooding.

He said: "Things will calm down on Monday and the winds will head to the East coast.

"For the first half of Monday we will get strong northerly winds along the North Sea coast, which will coincide with mini spring tides.

"That means there is a risk of localised flooding in coastal areas.

"By Tuesday we will get another spell of wet and windy weather from another frontal system and there is potential for further warnings but it is too early to predict that now." 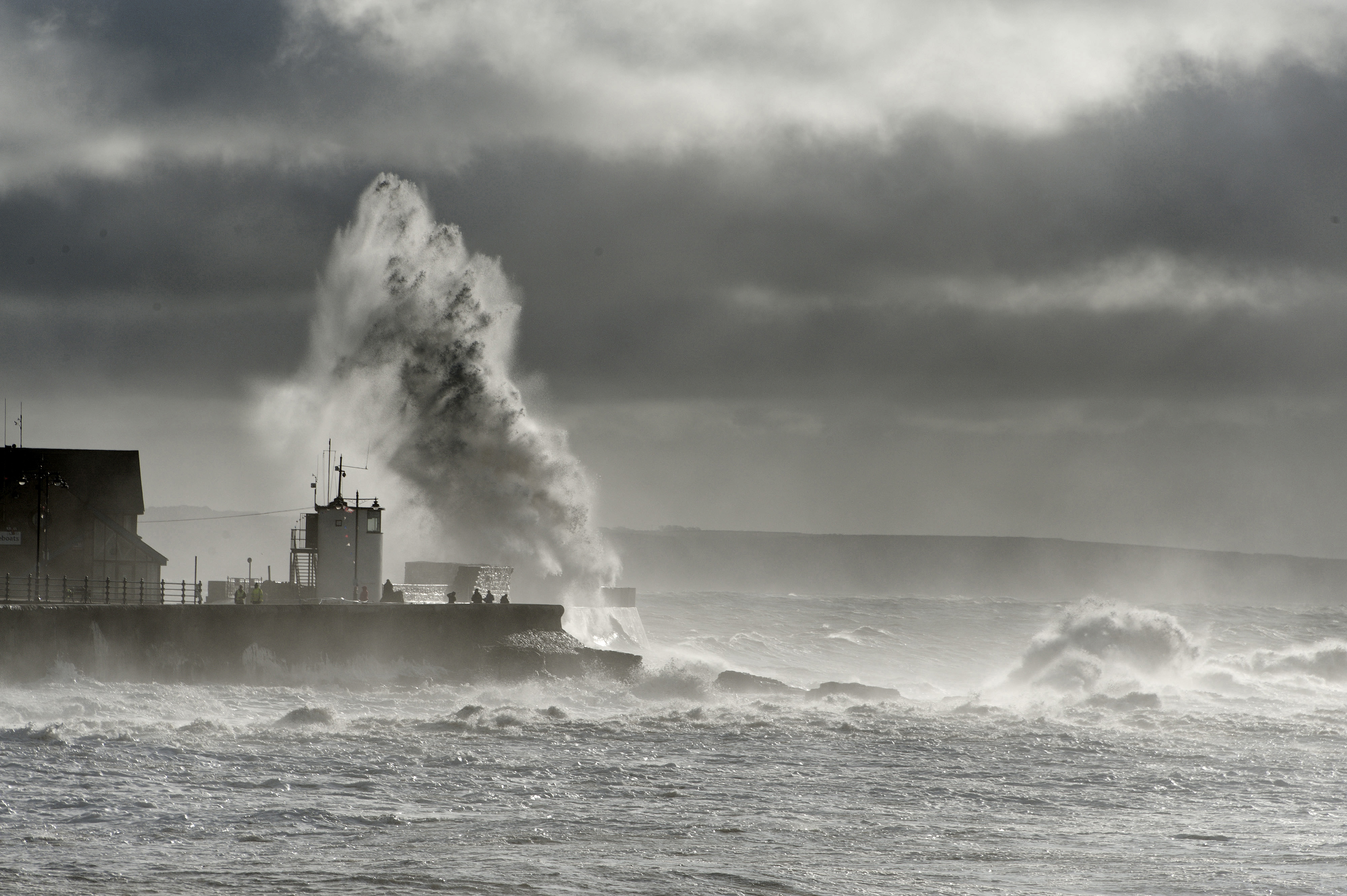